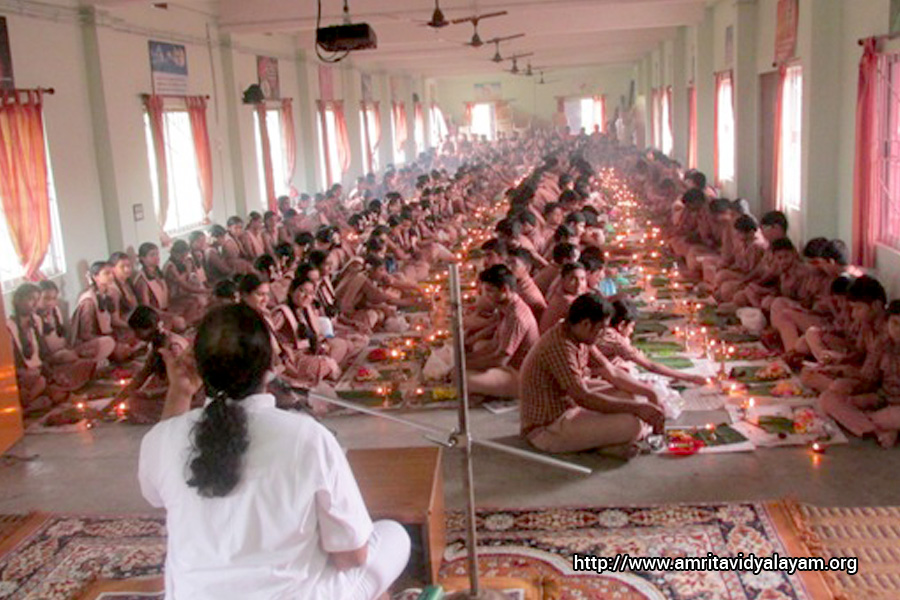 According to Hindu culture, Goddess Saraswathi is considered to be the repository of knowledge and wisdom. In order to invoke the blessings of Saraswathi Devi, Saraswathi pooja was performed on June 15th, 2015 by the students of classes IX, X, XI and XII under the guidance of Br. Jayashankarji, a senior disciple of Amma.