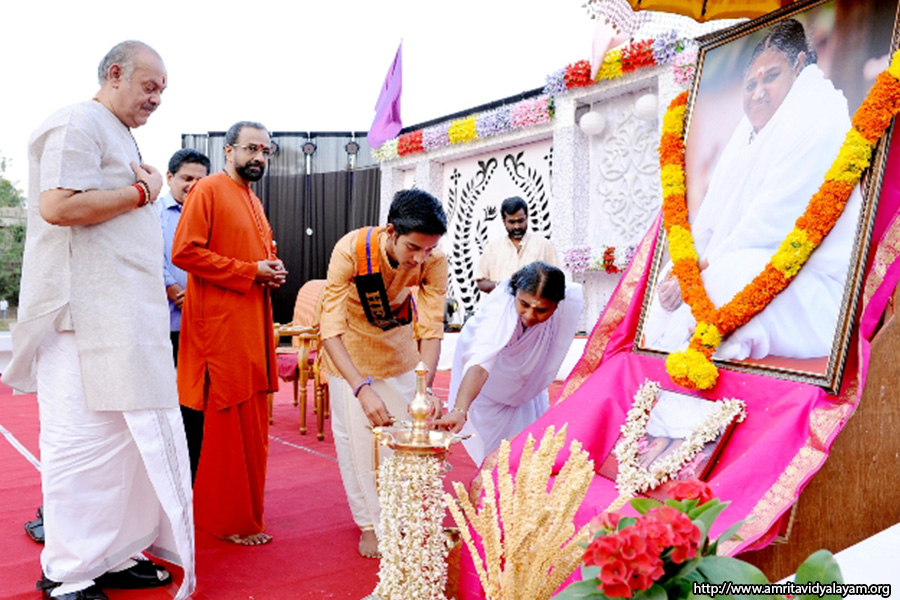 The school Annual Day was celebrated on January 2, 2016. Sampoojya Swami Pranavamritananda Puri graced the occasion and lit the lamp. The chief guest was Padmasree Dr. Krishna Kumar, who is the Managing Director of Arya Vaidya Pharmacy Ltd., Coimbatore. Dr. Sudhodanan offered felicitations at the occasion.

The school annual report was read by the Principal, and prizes for proficiency in academics were distributed. Prizes were awarded to outstanding students of class XII for their excellent performance in the board exams of 2015- 2016.

This was followed by a cultural programme which started with Ranga Pooja dance. The variety programme entertained the audience tremendously. The celebration came to an end with the singing of the National Anthem and Shanthi mantra.