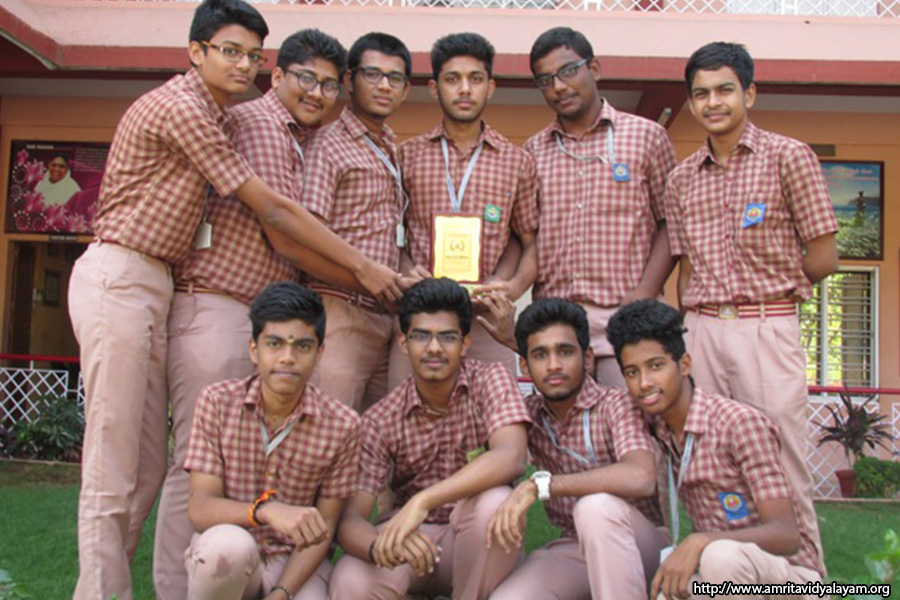 The field of Information Technology is very important in today’s world, and children should have a general awareness about this field. A 5 day computer camp for school children was organised at Amrita University’s Amritapuri campus from December 19th to 24th. Selected students from all the Amrita Vidyalayams in Kerala participated in this camp, which aimed at promoting students’ interest in various programming languages. The session included self-learning programmes, an introduction to network banking etc. The classes were held by experts in the computer field and were very informative. The camp concluded with a contest for the students called “Battle of Whiz”.

Agnesh Ramesh of Standard 12 bagged the first prize in the contest with a cash award of Rs 3000. Many of our students proved their skills in programming, and the “BATTLE OF WHIZ” trophy was awarded to our school for the best performance in the camp.

484 Replies to “BATTLE OF WHIZ AWARD”

As per the directions of MHRD regarding reducing the weight of school bags, Amrita Vidyalayam schools are restricting the subjects for Standards 1 and 2 to English, Mathematics, and second and third languages. Standards 3 to 5 will have EVS in addition to the above subjects.

Your application has been successfully submitted. Thank you for applying to Amrita Vidyalayam, Palakkad.

Our administrative executive will contact you back at the earliest.